This White Roxie is a HERO horse! 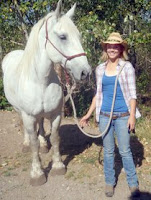 Erin Bolster, a wrangler for Swan Mountain Outfitters near Glacier Park, poses with her horse, Tonk.

Grizzlies are high profile this year.

A lingering winter and late berry crop kept bears in proximity to humans longer than normal, perhaps contributing to a stream of headlines about grizzlies killing people and people killing grizzlies.

Meanwhile, a young lady on a big horse charged out of the pack of grizzly stories near Glacier National Park. In a cloud of dust, the 25-year-old wrangler likely saved a boy’s life while demonstrating that skill, quick-thinking and guts sometimes are the best weapons against a head-on charging grizzly.

On July 30, Erin Bolster of Swan Mountain Outfitters was guiding eight clients on a horse ride on the Flathead National Forest between West Glacier and Hungry Horse, Mont.

“It’s the shortest ride we offer,” she said Wednesday, recalling the incident. “We’d already led two trips that morning. It’s always been a very routine hour-long loop, until that day.”

The group included a family of six plus a vacationing Illinois man, who’d booked the trip for his 8-year-old son’s first horse-riding experience.

The young boy was riding Scout, a steady obedient mount, following directly behind Bolster, who was leading the group on Tonk, a burly 10-year-old white horse of questionable lineage.

Tonk isn’t the typical trail mount. Best anyone knows, he’s the result of cross-breeding a quarter horse with a Percheron – a draft horse. Bolster is 5-foot-10, yet she relies on her athleticism to climb into the saddle aboard Tonk.

“He was one of the horses we lease from Wyoming and bring in every year,” Bolster said, noting that she’d picked him from the stable in May to be hers for the season.

“He’s a very large horse – 18 hands high. That intimidates a lot of riders. But I’ve always loved big horses. He’s kind of high-strung and spooky, the largest of our wrangling horses. I like a horse with a lot of spirit, and I was really glad to be on him that day.”

Bolster has accumulated a wealth of experience on and around horses of national and even world class. She started riding at 4 years old, became a pro trainer at 15, graduated from high school at 16 in Roanoke, Va., and ran a riding academy for several years.

Seeking a more laid-back lifestyle, she wrangled in Costa Rica and the Dominican Republic before moving to Whitefish three years ago to guide tourists during the summer around Glacier National Park and ski through winter.

“It’s the country, the mountains and the idea of seeing lot of wildlife that appealed to me, ironically enough,” she said.

Bolster quickly racked bear experience, too, although until July 30, it was always at a distance.

“At the peak of the season, we were seeing bears daily,” she said. “The wranglers name them so we can let each other know where they are. Usually the bears just keep feeding in the distance or they run away when we come. Just seeing them is a treat for us and our guests.”

Because they guide around Glacier Park, bear awareness is part of the preparation wranglers get when hired by Swan Mountain Outfitters.

“We go over a lot of wildlife scenarios in our training,” Bolster said. “We learn to watch our horses for signals of possible trouble so we can steer clear.”

That’s the key, she said: Avoid trouble with a moose or a bear.

“We can’t use pepper spray when we’re riding because that could blind the horse,” she said. “And using a gun would spook the horses and probably produce more danger than safety.”

That’s how she went to work that day: a young but seasoned pro rider on a new, huge and spirited horse, unarmed in the wilderness with eight dudes.

“It was a pleasant ride until we came around a corner on the trail and my horse stopped firm and wouldn’t move,” Bolster said. “He never refuses to go, so that caught my attention quick.”

But not fast enough to avoid the spike white-tailed deer that burst out of the brush and glanced off Tonk’s left front shoulder.

As Tonk spun from the impact, Bolster saw a huge grizzly bear crashing through the forest right at the group in pursuit of the deer. Horses panicked and guests grabbed saddle horns for the ride of their lives.

“No amount of training could keep a horse from running from a 700-pound charging bear,” she said.

Seven of the horses sensed the danger, scrambled around and galloped back on the trail toward the barn.

But Scout bolted perpendicular to the trail into the timber packing the 8-year-old boy.

“The deer peeled off and joined the horses sprinting down the trail,” Bolster said. “So the bear just continued running right past me. I’m not sure the bear even knew the roles had changed, but now it was chasing a horse instead of a deer.”

The grizzly was zeroed in on Scout and the boy – the isolated prey in the woods.

Adding to the drama, the boy’s father, an experienced rider, could not convince his horse that it was a good plan to ride to his son’s rescue.

“The last thing he saw over his shoulder as his horse ran away was the grizzly chasing his boy,” Bolster said.

With the bear on Scout’s heels, Tonk’s instinct was to flee with the group of horses. But Tonk responded to Bolster’s heels in his ribs as she spun the big fella around. They wheeled out of a 360 and bolted into the trees to wedge between the predator and the prey.

“The boy was bent over, feet out of the stirrups, clutching the saddle horn and the horse’s neck,” she said. “That kept him from hitting a tree limb.

“But all I could think about was the boy falling off in the path of that grizzly.

“I bent down, screamed and yelled, but the bear was growling and snarling and staying very focused on Scout.

“As it tried to circle back toward Scout, I realized I had to get Tonk to square off and face the bear. We had to get the bear to acknowledge us.

“We did. We got its attention – and the bear charged.

“So I charged at the bear.”

Did she think twice about that?

“I had no hesitation, honestly,” Bolster said. “Nothing in my body was going to let that little boy get hurt by that bear. That wasn’t an option.”

Tonk was on the same page.

With a ton of horse, boulder-size hooves and a fire-breathing blonde thundering at it, the bear came within about 10 feet before skittering off to the side.

But it quickly angled to make yet another stab at getting to Scout and the boy – who had just fallen to the ground.

“Tonk and I had to go at the bear a third time before we finally hazed him away,” she said.

“The boy had landed in some beargrass and was OK. Scout was standing nearby.”

Bolster gathered the boy up with her on Tonk, grabbed Scout’s lead and trotted down the trail.

“The boy was in shock,” she said. “I looked back and could see the bear had continued to go away through he woods, but I had another five or 10 minutes of riding before I got back with the group.”

Not until she reunited with her riders – all OK and standing in various stages of confusion with their horses – did she start to shake.

“I looked at Tonk, and he was wet with sweat and shaking, too,” she said.

She was especially concerned for the boy’s father, who probably suffered the most terror in the ordeal.

“He was fine, and I got my biggest tip of the season,” Bolster said. “My biggest hope is that the boy isn’t discouraged from riding. This was a one-in-a-million event.”

For the next few days, the outfitter shut down the trail rides and Bolster joined other wranglers and a federal grizzly bear expert to ride horses through the area looking for the bear.

“They tracked it for a long way and concluded that it kept going out of the area,” she said. “Judging from the tracks and my description of how high the bear came up on Tonk, the grizzly expert estimated it weighed 700-750 pounds.

“This was a case of us being in the wrong place as a bear was already in the act of chasing its natural prey. He was probably more persistent because he was really hungry.”

Bolster and the other wranglers vowed to have bear spray on their belts to make sure they can defend their guests during breaks on the ground.

“But when you’re riding, the horse is your best protection, if you can stay on,” she said.

“Some of the horses I’ve ridden would have absolutely refused to do what Tonk did; others would have thrown me off in the process. Some horses can never overcome their flight-animal instinct to run away.”

In those minutes of crisis, the big lug of mongrel mount proved his mettle in a test few trail horses will face in their careers.

Tonk’s grit moved Bolster. She wasn’t about to send him back to Wyoming with the other leased horses.

“Two weeks ago, I closed the deal and bought him,” Bolster said as she was wrapping up her 2011 wrangling season.

Hallo. So I is still Roxie. But som new things has happund.
Mom has lost her flash box again! So flash box picsures are rare. An the ones I has are bad, a-cuz of Mom's flash-box fone being droppded so offun.
But. Heer is whut is new.
I lives in a new Horse House. It is sooper close to Mom house, so she sees me more! This is good. I gets more treets an grains this way.
I has my very own Roxie barn, with Roxie scritch post, and Roxie paddocksie. I shared this barn with Luke for a wile but then he goed to the passture next to me. An then he is all "ROXIE! ROXIE ROXIE ROXIE ROXIE ROXIEROXIEROXIEROXIEROXIEROXIE!!!!!!!!!!!" an he runs the fense an acts like a dumb. For days an days an days. This maede Mom all >:(
Then he tryed to kick the fense down an he scraped his legs an Mom is like "You are a BAD HORSE and a DOMB HORSE an you must go away." So he goes away.
This is a good thing. He is a Needy Horse an they is annoying.
I sumwhat enjoyed having a frend tho, so Mom has promissed me a little sisster soon! This is also a new thing an shuld be fun. Altho I is NOT sharing Roxie grain foods or Roxie scritch post.
Mom has been bilding me things. She builds me Roxie jomps! An Mom's Matt bilds me Roxie jomp stannerds. This is cool. :) 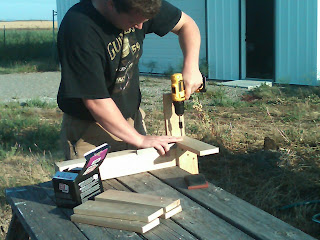 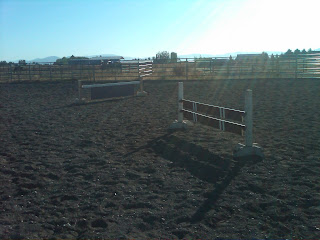 Mom also bilds me a water mellun pockit for one of my pink Roxie Saddul Pads. This is a treet pockit. Meening i gets treets frum it. Hooray! 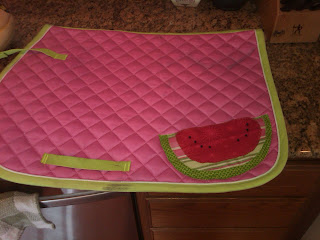 I also fineley gets a new Roxie saddul. This one is a much bedder fit on my back than my old jomping saddul. Mom does not liek it as much but my Roxie back is more importent. 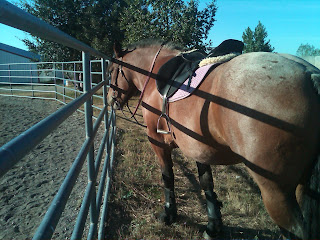 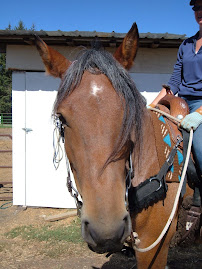 and you feed me now

All About Me. Roxie.

Roxie
I live in Idaho!
My name is Roxie. Or Roxidanna Fanna. Or Roxie Q. Horse. Or Princess Roxina. Or Rocktober. Or Rockstar. Wen I goes to shows, I is "Rock Steady." I is large. And in charge. And bay roan to boot! I is verry cute, as you can planely see. Um . . . I likes foods, an treets, and grains. I is learning about dressahzj, an jomping fences, an doing wessturn gaeming an mownted shooting too. I likes traels, an I is a Horse Princess.

Other horses at MY house 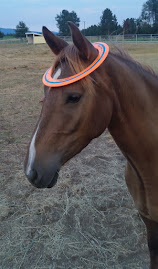 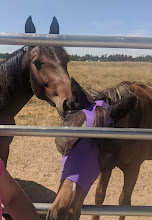 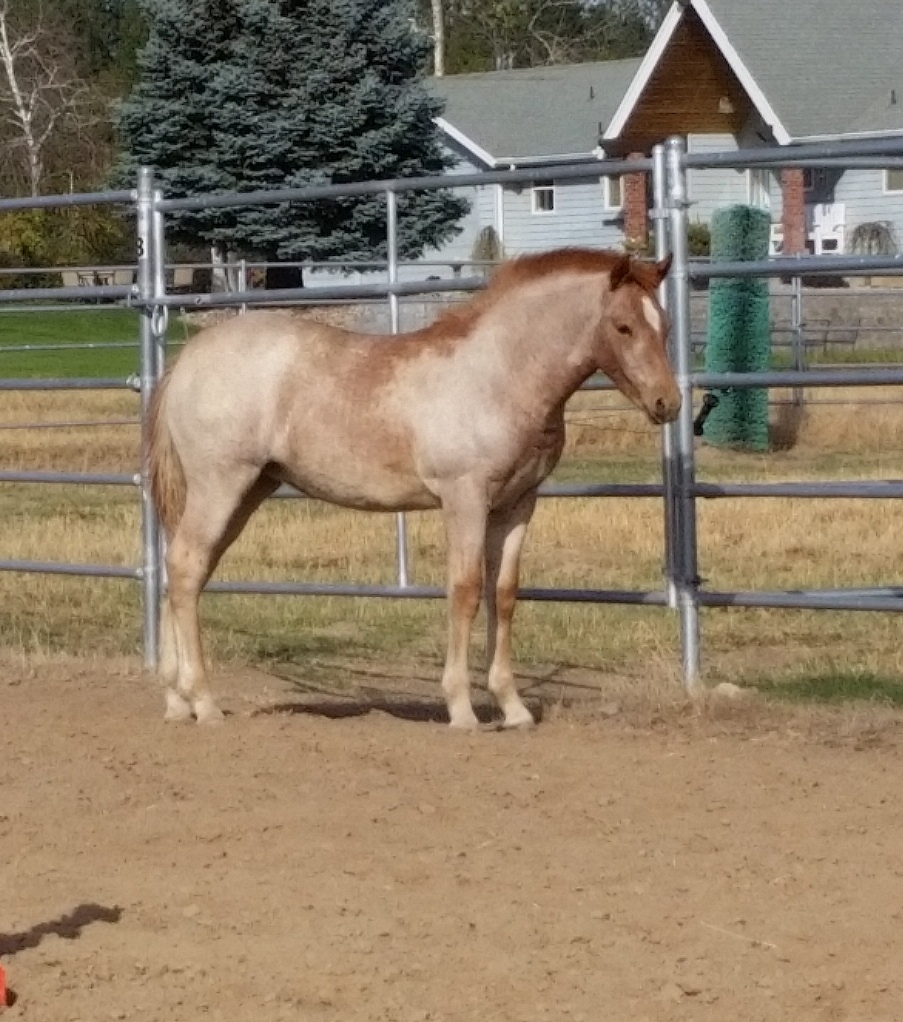 Baby Halo that I made all by myself

Other horses on the innernet